You met a new guy and things are going great.  There’s a spark, you feel a connection, and you definitely want to see him again.  He asks you on a second date, so you agree to see him.  The fun begins.  You look your best—your hair, clothes, and nails are on point.  You’re putting your best foot forward and making your best impression on him.  But since you’re still in the honeymoon phase, you might be overlooking some flaws and red flags—red flags you can’t afford to ignore.  The thing is, those little flaws you don’t believe are important now can quickly escalate and become a problem down the road and ultimately kill your relationship.

If you’re dating a new guy, there are some red flags you don’t want to overlook.  Today, New Jersey Singles reviews the top five dating red flags you can’t afford to ignore. 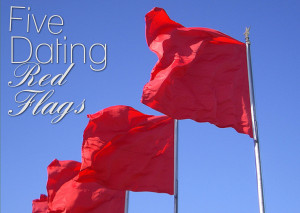 You’ve been talking to and seeing this guy for a while, but he always expects you to pay for the date.  He even suggests going to expensive restaurants and passes you the bill.  You let him go a few times but are starting to think something is off.  If this scenario keeps repeating again and again—whether it’s an expensive date or a coffee date—you can’t afford to ignore this red flag.

A guy who doesn’t want to invest money on you might not be willing to invest his emotions on you either.  If he is making you pay for dates in the early stages of the relationship, imagine what he will make you pay for once you’re in a serious relationship.  He might expect you to pick up his electric bill, gas, and groceries. Really, this is a dating red flag you can’t afford to ignore.

2. He Flirts with Other Women

This might also be a manipulative trick to keep you on your toes.  Either way, if you find yourself in this awkward situation more than once, then it might be time to rethink this relationship.

Does he always make jokes about how much you weigh?  Does he laugh at your music taste?  Does he make fun of the fact that you put cream in your coffee?  If he is already being this judgmental in the early stages of the relationship, imagine how much worse things will get once you get serious.

You should feel comfortable in a relationship without feeling like you’re walking on eggshells.  It is natural to be critical from time to time, but if he’s constantly criticizing everything you do, then he might have an issue of resentment or insecurities from his past.  Ultimately, you deserve to be with a man who respects you and unconditionally accepts you, not someone who is always putting you down.

4. He Still Talks About His Ex

If he keeps talking about and seeing his ex, even though they broke up months ago, that’s a sign he hasn’t moved on.  It doesn’t matter if he just brings her up in conversation or speaks poorly about her, the fact that she’s still on his mind is a red flag.

You can’t have a relationship with a guy if he’s not 100% over his ex.  If she shows up to get togethers or they’re always texting each other, that’s a sign he might still want to get back with her.  If he doesn’t respect your feelings and keeps talking about her, then it might be time for you to date someone else.

5. You Haven’t Met Any of His Friends

After a month or two of dating your new man, you should be able to hang out with his friends and get to know his inner circle.  If he hasn’t taken the initiative to bring you around his closest friends, even though the two of you are clearly in a relationship, then he either doesn’t see you as a long-term girlfriend or he’s not planning on committing to you.  Keep that in the back of your mind, and if this situation doesn’t change soon, then you need to find someone who is proud to have you as his girlfriend.  You don’t want someone who hides you from the closest people in his life.

Don’t get blinded by infatuation in the early stages of your relationship.  If you’re dating a new guy, look for these five dating red flags before going any further.  If you see these dating red flags, don’t make the mistake of ignoring them and investing more of your time and energy into a guy who’s not worth it.

If you’re not meeting the right guys on your own, it’s time to let our expert matchmakers here at New Jersey Singles do the matching for you.  It’s time to stop wasting your time with the wrong guys and let us present you with hand-selected matches who are fit and ready to start a meaningful relationship.  Call 1 (888) 417-0020 to schedule a FREE, no-obligation matchmaking consultation with New Jersey Singles today!

Finding Mr. Right is not easy.  Sometimes you have to get your heart broken many times in order to find him.  In other words, you have to kiss a lot of frogs before you find your Prince Charming.

While most single women in New Jersey will do just about anything to find Mr. Right, most simply don’t have the luxury of time to search him out.  If you are one of them, then this blog is ideal for you.

Today, our Colts Neck matchmakers here at New Jersey Singles Dating Service are going to reveal the signs he’s not—and will never be—relationship material.  We want you to know early on so you don’t waste your time and efforts on another frog. 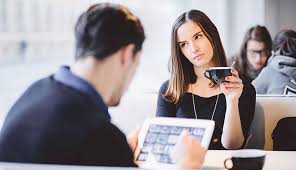 It’s one thing to make you a promise, but it’s another to deliver.  If the man you’re seeing promises you the world but doesn’t follow through with his actions, then you know he is just playing you.  A real man will ever promise you something and not deliver.  Real men always stick to their word and never break it for anything.  If he doesn’t follow through, then he obviously isn’t ready for a relationship.

Communication is the number one ingredient to a healthy relationship, and you just can’t have one without it.  He must be honest and constant when it comes to communication, not only in person but in emails and text messages, as well.

As the leading Colts Neck matchmakers, we want you to know that if the man you’re seeing isn’t communicating with you, he’s not worthy of your time.  He should make efforts to call and check up on you, or simply send you a text message to see how you’re doing during the workday.  If he doesn’t make efforts to reach out to you while you’re apart, it’s time to let him go.

3. He Doesn’t Have Time for You

Quality time is very important for creating a strong relationship.  But if the man you’re seeing has more time for his friends, his phone, and his professional life and can’t find any time for you, it’s time to kick him to the curb, because he’s not worth it.

More importantly, not making time for you is his way of letting you know he doesn’t want to commit to you.  Yes, it hurts, but it’s better to realize it now rather than end up with a broken heart later down the road.  If a man is showing you that you’re not a priority in his life, you need to accept it and find someone who is worthy of your heart.

4. He’s Not Good with His Finances

He spends all his money on things he doesn’t really need.  He doesn’t have a penny in his bank account and lives paycheck to paycheck.  In short, he’s not savvy with his money.

While no one is saying that he should save every penny that he earns, he should at least have some money saved up and know how to manage his finances.  A man who knows how to handle his personal finances is mature and responsible.

5. He Doesn’t Have a Backbone

This is harsh, we know, but it’s the truth.  If the man you’re seeing doesn’t have a backbone, then he can’t be in a relationship.  Why?  Because he’ll never be able to stand up for you.

A guy who is relationship-worthy should have a backbone and be able to stand up for you with anything.  He will protect you and shield you from the biggest storms and won’t think twice about it.

6. He Doesn’t Know What Respect Is

Forget about the way he treats you and look at the way he treats others.  If he respects you but puts everyone else down, that’s his true colors coming out.  He is obviously disrespectful to those who he believes are inferior to him.  But know one thing: he will eventually treat you that way, too.

You don’t want to waste your precious time dating him and wait for that day to happen.  If you’re dating a man who has no respect for everyone, it’s time to run in the opposite direction.  Simply put, he’s not relationship material.

7. He Doesn’t Try to Better Himself

Of course he doesn’t have to be better than any of your ex partners, but if he really loves you and sees a future together, he would do anything it takes to better himself.

He wouldn’t do it because he’s selfish but because he wants to be the best version he can be for you.  If you don’t see any signs that he is trying to better himself, despite having a conversation with him about his poor behaviors or lack of motivation, then this guy is not relationship material.  Don’t let his lack of ambition waste your time and efforts.

No boyfriend is perfect, and that’s the truth.  However, if your man is displaying some of the signs we mentioned above, then he is just wasting your time.  If you are ready to meet relationship-minded men in New Jersey, contact our Colts Neck matchmakers here at New Jersey Singles Dating Service and let us help you with your search.

New Jersey Singles was created to help busy professional women find their dream man.  We work with women like yourself who are sick and tired of dating Mr. Wrongs and wasting their precious time with frogs.  If you are ready to meet Prince Charming, then all you need to do is call our matchmakers today at 1 (888) 417-0020.  We can help you find the man you’ve been searching for all along!