Many daters associate divorced people with having excess baggage. While there can definitely be red flags (like if she cheated), people who’ve been through divorce have a deeper understanding of relationships. Here at New Jersey Singles, we work with a lot of divorcees, so we know they are fit and ready to date (once they’re healed from their divorce). If you’re thinking about dating a divorced woman, congratulations because they do make for great partners. 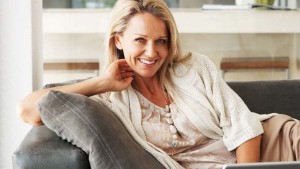 As a marriage unravels, husbands are pretty verbal about what they perceive their wives to be doing wrong. Whether it was being too clingy or not communicating enough, the relationship issues will come out. Therefore, a divorced woman knows her mistakes and shortcomings and is not likely to repeat them in her next relationship. She learned things about herself that make her a better partner for you.

Being in a marriage definitely teaches you how to communicate more effectively. Divorced women have experience sharing finances, home responsibilities, schedules, and much more. She is more likely able to share her feelings without hesitation, which is crucial for the success of a relationship. She also knows how to mesh her life with her partner’s.

Many women today aren’t looking for committed relationships – they just want to play the field and have fun. However, divorced women aren’t afraid of commitment and won’t run for the hills when the topic comes up. She already enjoyed the company of her ex and is familiar with sharing her life with someone. She won’t shy away from conversation about the relationship, marriage, children, or intimacy. Even though her previous marriage didn’t work out, she’s willing to open herself up to the possibility of a new relationship if the right man comes along.

Many marriages fail because one partner doesn’t realize what they want the first time around. Now that she’s divorced, she’s clear about her wants and needs. Because she’s clear about what she wants in a partner, she won’t waste her time with men who don’t fit that criteria—resulting in less time wasted. In short, if she doesn’t see a future with you, she won’t stick around and waste your time.

A woman who’s never been married before might be enthralled with getting married… And believe us, she probably has elaborate plans in mind – an expensive wedding, over-the-top honeymoon destination, and so on. A divorced woman, on the other hand, has already done those things. She might want to get married down the road but won’t be that demanding about it, and she certainly won’t be breaking the bank on a big wedding.

Divorced women have the gift of hindsight and feedback, which makes them more attentive partners for a future relationship. She’s already been married and lived with a man, so she knows how to take care of one. She’s more romantic, attentive, caring, and giving than women who have never been married. Well, guess who benefits from all those things? You do!

Since they were married before, they’re already trained, so to speak. She knows how to do all the wifey things naturally. Whether that’s making you breakfast in bed, doing the laundry, or helping you with the errands around the house, this woman is going to naturally be nurturing in the relationship.

Another great benefit of dating a divorced woman is that they’re more accepting of men who have children. If you have children from a previous marriage, she’s not going to skip over you. On the contrary, she’ll be more receptive to your children. Women with children will also understand your busy schedule, lifestyle, priorities, and responsibilities, since she has children of her own.

So there you have it, gentlemen, the top eight reasons to date a divorced woman. As a New Jersey matchmaking service that works with a lot of divorced singles in New Jersey, we can assure you that they do make for fabulous partners.

If you’re single and looking for love in NJ, contact our New Jersey matchmaking team today and let us help you. Let us introduce you to quality singles in New Jersey who are ready for something serious and compatible with you. Call 1 (888) 417-0020 to book your 100% FREE matchmaking consultation with New Jersey’s top matchmakers today!